Categories: Me & Mine, Portrait Work

When my brother and sister-in-law announced that they planned to adopt, I knew exactly what I needed to do. My mission: to create an adoption profile that would show the rest of the world just how fabulous we know them to be!
END_OF_DOCUMENT_TOKEN_TO_BE_REPLACED

Brothers, Sisters, and Cousins. Oh my!

If I’m not mistaken, this photo went out as the family’s holiday card last year. I love it! It makes me laugh every time I see it. There’s that old cliche that a picture is worth a thousand words. I think anyone who has ever had a two year old sees this and thinks, “Yeah, that looks about right!” END_OF_DOCUMENT_TOKEN_TO_BE_REPLACED

Today was my youngest daughter’s fourth birthday. I always try to do a couple portraits of them on their birthday just for the record. We were short on time this morning so we just ran out the front door for some quick shots: END_OF_DOCUMENT_TOKEN_TO_BE_REPLACED

Last year I tried doing a daily photo project. I made it until September with very little cheating (uploading a photo not taken that day) and then a scattering on through November. END_OF_DOCUMENT_TOKEN_TO_BE_REPLACED

When I had my first baby, I diligently trekked to the photo studio every month (sometimes twice) for about 10 months. After that it became an impossible task. How in the world would I corral this bundle of energy for even 30 seconds, let alone somehow convince her to follow directions and pose sweetly for an entire photo shoot. I wish I’d known then that things could be different!

One thing I’ve learned since those early days is that it’s not the perfect dress or the perfect pose that makes the perfect picture. The ones I love have captured something real and genuine. I had to let go of pre-conceived notions I had that resembled some sort of Stepford-children photo shoot.

Now, when I’m asked to photograph small children, I have no idea what poses we’ll end up with. There, I said it. NO IDEA. I won’t guarantee a thing beyond the fact that your little ones will be in them and their personalities will be too! These two little girls are probably your typical 2 and 4-year olds. I doubt they were all that interested in having their photos taken but we let them guide us into the perfect photo for their family. Exploring the neighborhood and sharing laughter & fun. Here are a few of their album spreads: 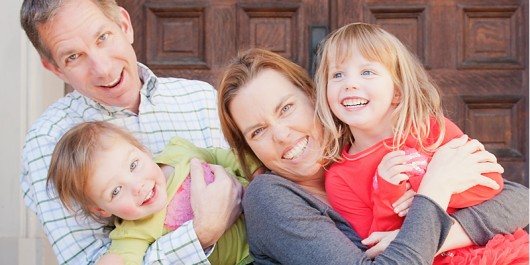 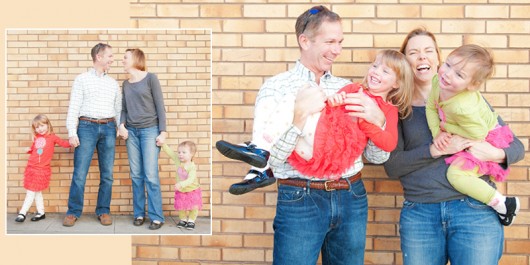 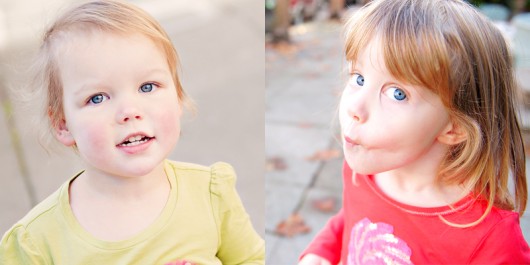 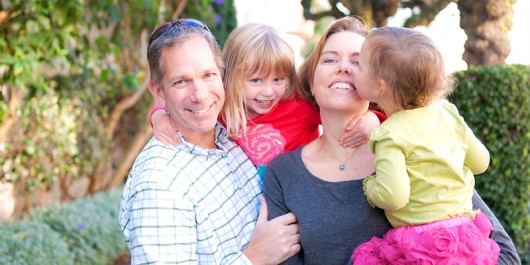 Up soon, their real-live album. It looks delicious! 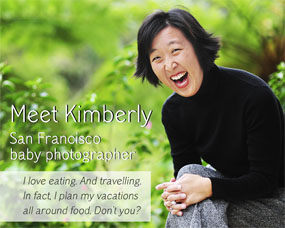 Now available for babies due in

Which session is right for you?